What are the Best CBD Treats for Aggressive Dogs?

A survey of 13,700 pets conducted by the University of Helsinki shed some important light on the behavioral patterns of pet dogs. The study showed that anxiety and fear were often major causes of anxiety in canines, with 72% of the dogs showing signs of aggression or fearfulness.

In addition, researchers also discovered that a dog's sex and breed could have potential ramifications for aggression. Miniature breeds, particularly schnauzers, were most prone to bouts of growling, snapping, or barking. In addition, male dogs exhibited more aggressive traits than female dogs. 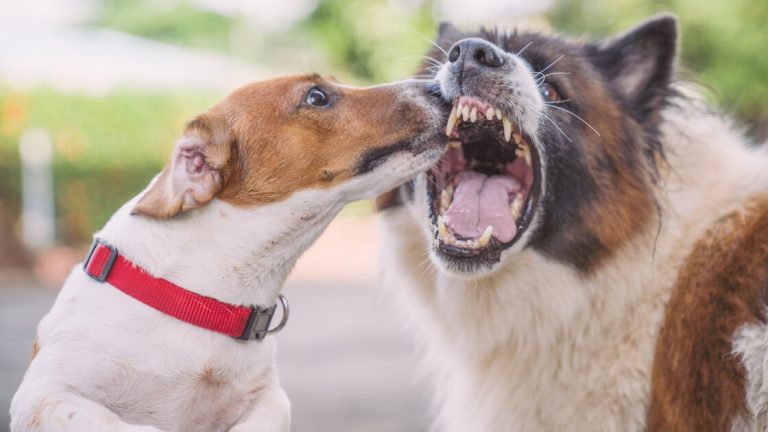 Why Do Some Dogs Have Aggressive Behavior?

This study continues to bring several unexamined factors related to aggression. Out of the 1,791 dogs found to show aggressive tendencies, the most prominent causes were seen to be

The study revealed that dogs belonging to first-time owners were more aggressive than the pets of experienced pet owners. Families with more than one dog or cat were also shown to have less aggressive dogs. Socializing with other canines and pets seems to calm the aggressive sides of dogs.

Dogs with conditions like hip dysplasia, arthritis, and other chronic pain were more likely than fit dogs. These conditions were seen to affect their behavioral patterns drastically. For these reasons, older dogs who had faced such issues were less friendly than younger canines.

Be it a fear of separation, other dogs, loud noises, strangers, or strange environments, anxiety puts dogs at the edge, increasing their aggression levels. Dogs with these issues were five times more likely to be aggressive than those without signs of fearfulness.

How to know Your Dog is Aggressive?

If your dog is acting, you are sure to know it. The signs of aggression in canines are evident and include

Aggression can be several more serious issues, including injury, pain, or other disorders. If your pet is exhibiting any of these signs, they are showing symptoms of aggression. If this is a sudden or new change for them, you should immediately make an appointment with a vet.

What Should You Do if Your Dog is Aggressive

Vets are the first people to turn to if your pet shows sudden aggression. As mentioned, aggression in dogs can be a sign of more serious conditions. If your normally mild-tempered pooch starts acting out, it could be because of issues like

An appointment with your vet will help you detect such treats early, reducing the risk later.

However, if aggression is common with your pet, you can hire a behavioral expert to help deal with their issues. These professionals will help you get to the root of the aggression instead of only dealing with the consequences. 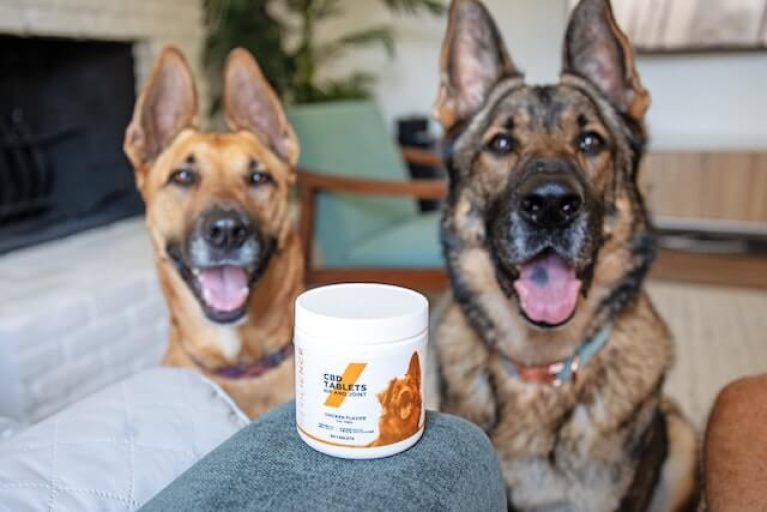 How Can CBD Help an Aggressive Dog?

As mentioned, aggression in dogs is most often a reaction to pain or anxiety caused by unfamiliar environments. As an analgesic, the anxiolytic compound cannabidiol is perfectly placed to deal with these issues. CBD has the potential to be an apt treatment for aggressive dogs because it is known to target all the appropriate areas.

For example, the pain-relieving properties of CBD oil help modulate the immune system's anti-inflammatory response. This helps alleviate joint pains, arthritis, inflammation, and more. In addition, cannabidiol, by interacting with the CB receptors, helps regulate cortisol levels in the body. This composition may also boost serotonin production in your dog's ECS.

These effects can make CBD an effective treatment to help aggressive dogs.

When researchers at the University of Western Australia tried a survey of administering CBD to numerous strays in pet shelters, they found some positive reactions to the substance. The subjects of these studies were primarily strays and rescues at a local pet shelter – when given doses of CBD for a week, the compound was seen to modulate aggression.

However, the study found that the effect of cannabidiol on aggression was not direct. Instead of targeting and reducing these behaviors in these rescues, the compound modulated aggression by increasing its sedative and relaxing tendencies.

Cannabidiol-infused items, be they oils or treats, produce similar results when administered to pets. This compound is rich in anxiolytic properties, which potentially help lower stress and anxiety levels in your pet. Both CBD oils and cannabidiol-infused dog treats can produce these results. Though both products possess specific advantages, the best CBD dog treats may be preferred over CBD oils when treating aggressive dogs.

However, to administer oils and tinctures, you must handle the dog, which can be dangerous. An aggressive canine may lead to wounds and bites. With this method, you must use a dropper to apply a few drops of oil under your dog's tongue.

CBD treats, in comparison, are relatively easier to use because you can pile them onto your dog's food bowl and wait for them to gobble it up.

You want to know more about the effects of CBD oils for dogs? 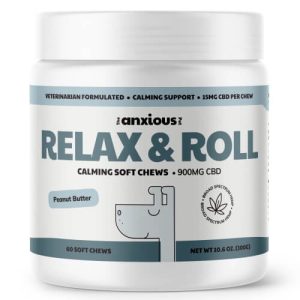 Available in peanut butter and bacon flavors, these premium chews from the up-and-coming brand, the Anxious Pet, are sure to be a mainstay in your pet's routine. Each 5 g chew contains 15 mg of cannabidiol which is strong enough to calm most dogs.

Like its name, the Relax and Roll chews help calm your dog's aggression with a powerful punch of ingredients. With this range, you can expect to find chamomile, melatonin, ginger root, and acetyl – L carnitine on the list.

How to Choose the Best CBD Treats for Aggressive Dogs?

A CBD-based treat will be a more convenient alternative to oils or tinctures if you have an aggressive pet. They are easier to administer and are available in delicious, dog-friendly flavors like chicken and salmon.

However, to acquire their full potential, you should choose these treats from brands that offer CoA and third-party testing with the items. These documents help verify that your pet's treats are free of toxins and contaminants.