Best CBG Products to Buy in 2023 & How to Choose Cannabigerol Items?

You did not misread the title; it really says CBG, not CBD. As a lesser-known counter, CBG is vastly overshadowed by its cousin cannabinoid, CBD. However, CBG is quickly gaining market traction because of its unique formulation, distinct from that of cannabidiol. Here are some things to know about the newest player in the CBD game.

The Best Cannabigerol Products Reviewed for 2023

Best CBG Oils in the UK: Top Brands Reviewed for 2023

The Best CBG Oils (Cannabigerol) in Canada Reviewed in January 2023

CBG refers to the compound cannabigerol, one of the 120+ cannabinoid compounds found in cannabis plants. It is closely related to THC and CBD as a pre-decarboxylated form of this substance forms the basis for both cannabidiol and tetrahydrocannabinol.

Unlike CBD, cannabigerol is found in minute quantities in hemp plants. Specialized hybrids, i.e., high-CBD hemp varieties, can yield up to 12 to 16% cannabidiol per plant. However, the amount of CBG in cannabis plants is typically limited to under 1%.

The main reason for this is that CBG quantity in hemp plants decreases with age. While younger plants have a higher cannabigerol percentage, this amount goes down as the hemp starts to flower. To avoid a low CBG harvest, cultivators, therefore, must harvest the flowers and leaves while they are young.

Cannabigerol is, by definition, one of the cannabinoid compounds found in the hemp plant. This compound is less prominent than THC and CBD, especially in adult/mature hemp plants. The typically low percentage of CBG in flowering hemp plants is caused by the production of cannabidiol and tetrahydrocannabinol, which are converted forms of cannabigerol.

CBG: Its Place Among Hemp Cannabinoids

CBG is often referred to as the “mother cannabinoid” because all cannabinoids present in the cannabis plants are a later version of cannabigerol. Though it is a minor presence in mature cannabis flowers and leaves, the CBG content in pronounced in young plants.

CBG is a form of cannabigerol acid, which is the base compound for the production of THC and CBD. As the plant matures, this acid slowly transforms from CBG into its later counterparts.

The formula C21H32O2 represents the chemical composition of the CBG molecule.

Main Differences Between CBG and CBD

CBD and CBG are cannabis-based extracts, meaning they are extracted from the hemp plant. Cannabidiol and cannabigerol are one of the 120+ compounds found in the cannabis Sativa plant, and as a result, they share several similarities. Both compounds share the characteristic properties of cannabis, including its relaxing, anti-inflammatory benefits.

However, several differences exist between CBD and CBG plants, including

CBD is extracted from the flowers and leaves of mature female cannabis Sativa plants. From seedling to ripe crop, it takes about four months for the hemp plant to mature. Only when the flowering starts can the cultivators begin harvesting the hemp.

However, to extract CBG, farmers have to use young instead of mature hemp plants. It is crucial to cannabigerol production that the cannabis buds be tender. This is because, upon maturing, CBG transforms into CBDA and THCA, the pre-decarboxylated forms of commercial cannabidiol and tetrahydrocannabinol.

Hemps plants are known to produce considerably varying amounts of CBD and CBG. A cannabis plant can have up to 10 to 15% cannabidiol, while the typical percentage of CBG found in these plants is 1% and less. As explained, this is caused by the transformation of the CBG into CBGA upon maturity.

In comparison to CBD, CBG is notoriously difficult to produce. Not only do farmers have to harvest the crop when it is still young, but cannabigerol production also requires specialized equipment for the extraction and purification process.

How Does CBG Work in the System?

CBG works chiefly by binding the brain’s CB1 and CB2 receptors like CBD. These receptors directly connect with the ECS or the endocannabinoid system and can regulate everything from the immune system to one’s mood.

CBG influences this process to ensure homeostasis – meaning a state of balance in the digestive, reproductive, immune system, and more.

Though the research on CBG is still significantly smaller than CBD, cannabigerol can have several potential benefits. Studies show that in the right dosage, CBG has the potential to treat symptoms like

Alpha 2 receptors in the nervous system play an important role in regulating BP and heart rate. By acting as an antagonist to these receptors, CBD has the potential to regulate sympathetic blood pressure.

Because of its strong anti-inflammatory properties, BG can potentially treat digestive and gastrointestinal issues in a holistic way.

Like CBD, the potential side effects of CBG are limited to minor issues. A 2021 study conducted on 127 participants brings some major information about the adverse effects of cannabigerol into the light.

This research showed that of the 127 participants, 48% experienced no side effects. Even if the remaining 58%, the tendencies were less significant, with

Aside from these, the common side effects of CBG include

What Is CBG Good For? 5 Potential Benefits Of CBG You Did Not Know

What Is The Difference Between CBG and CBD?

How To Take CBG Oil? The Complete Guide

Is It Legal to Buy CBG Products?

As with all CBD products, CBG is legal if it contains 0.3% THC or less. This law is sanctioned by the US FDA, which also has several other regulations.

For example, manufacturers are not authorized to market CBG as dietary supplements. Neither are they allowed to make health claims about all cannabis-related items. While acknowledging the possible benefits of CBG, the US FDA asserts that such claims are unfounded due to the lack of concrete data.

CBG companies are also not allowed to mix CBG into foods according to FDA regulations. However, cosmetic applications of this compound is legal. Manufacturers aren’t required to seek the prior approval of the FDA when making the best CBG oils, creams, serums, and other application-based cosmetics. However, if any CBG-based manufacturing process pertains to soap-making, it will require prior permission.

Different Types of CBG Products You Can Buy Online

Like cannabidiol, CBG products aren’t limited to only conventional tinctures and oils. Cannabigerol is also available in forms like vape-able flowers/buds and more. The following products exemplify the range of CBG products you can buy online. 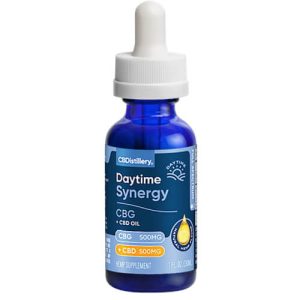 Containing both CBD and CBG, CBDistillery’s Daytime Synergy 1:1 Tincture is a perfect product to help you sleep. Research suggests that all cannabis compounds work better together and this is one such case. It is thus no surprise that a 2019 customer survey showed that out of 1900 participants, 89% reported improvements in sleep when using this product.

This CBD + CBG oil covers symptoms from general wellness to ECS regulation as a full spectrum blend. This tincture is perfect for helping balance your mood and anxiety, with customers like Jana F writing, “I noticed a big difference in my mood today.” A 30 to 60 mg dosage is sufficient for regular users if you plan on using this product. However, beginners should stick to the 5 to 10 mg range. 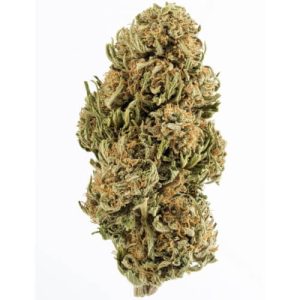 Using hemp CBG flowers is one of the most effective ways to consume cannabigerol. Customers particularly love the CBG Hemp Flower by PlainJane for its smell, quality, and versatility. These flowers are best when mixed with other cannabis strains, particularly Sativa or hybrids.

The aroma of these PlainJane products is a dry, earthy, grassy smell mixed with the smell of orange peels. When using these buds, you may also notice hints of camomile and pine needles from the terpenes contained within.

However, the high cannabigerol content makes these CBG hemp flowers so effective. These flowers contain up to 14% to 15% CBG while maintaining a THC content of 0.3% and below.

How To Choose The Best CBG Products?

As a cannabis product, the THC content is always a crucial factor to consider when buying CBG products. According to the US FDA, only 0.3% or less tetrahydro cannabidiol is permitted for federal use. As a result, you should always check whether your products has a higher percentage of THC than this, like we did for the best CBG Gummies.

However, cannabis use (including THC) is legal in over 19 US states with varying degrees of authorized use. In such cases, it is best to be informed of your local regulations as your state legislation may be different from federal law.

Since CBG oils fall under the same category as CBD under the law, it is not legal for manufacturers to advertise them as medical products. For example, even though CBG oils have the potential to treat anxiety and skin issues, companies cannot make concrete claims using this information. The main cause of this is inconclusive results in CBD research.

Studies also show that cannabis plants are highly efficient at cleaning up the soil. Their hardy nature enables them to absorb all substances present in the soil in order to survive. Sometimes this can include pesticides and other toxins.

To make sure that your CBG oil does not contain these dangerous substances, you should always insist on checking for a Certificate of Analysis. These documents will help you check for any possible contamination in your CBG oil. Moreover, third-party test results also help provide an objective opinion on the oil quality.

Where to Buy the Best CBG Products Near Me?

Conclusion: Why Should You Take CBG?

Though a lesser-known counterpart to CBD, CBG makes a great alternative to cannabidiol. As a cannabis product, this compound inherits all the plant's characteristic analgesic and anxiolytic properties. Therefore, when you use CBG products (like the best CBG flowers for example), you can access the same relaxing, stress-relieving properties commonly found in cannabidiol.

CBG is also known for its antibacterial potential, making it great for treating skin infections. Dabbing the oil directly onto the affected area can help eliminate medication-resistant bacteria.

However, to get these benefits, it is crucial that you buy these products only from reliable brands. Certifications and third-party tests help resolve the issue of transparency. Without these, CBG oils may contain potentially toxic pesticides like daminozide or heavy metals like mercury.

Do not hesitate to contact us if you need more informations.

I have been writing several articles on the Internet about natural products and eco-friendly ways to help with general wellbeing. I became interested in CBD when I traveled to the US. I believe everyone should have access to reviews and testimonials to obtain quality and certified products.