How To Tell CBD Flower From Weed? The Differences Explained

Though similar-looking, a CBD flower and weed are two different products. They have different compositions and produce distinct effects on users.

But owing to their similarities, it may be difficult to tell the difference between a CBD flower and weed. But even though these products have a similar smell, appearance, and taste, it's not impossible to tell them apart. From reading labels carefully to checking customer reviews, here are ways you can buy the right product.

Reminder: What Is A CBD Flower?

A CBD flower is a dried and cured bud of the Cannabis sativa plant. Also known as industrial hemp or simply hemp, Sativa plants are typically bred to have high levels of CBD. This cannabinoid is responsible for producing the serotonin-boosting effects characteristically associated with cannabis. As a result, when used right, a CBD flower can have potential benefits like:

Using a CBD flower in its raw state also may result in a higher bioavailability. Unlike CBD oils and tinctures, this flower has varied applications and can be infused in oils, used as a cooking ingredient, or even vaporized for optimal benefits.

CBD Flowers and Weed Have Similarities…

CBD flowers and weed have several similarities because they are harvested from the Cannabis sativa plants of the family Cannabaceae. This shared quality gives the two substances a similarity in taste, appearance, and smell.

These common qualities are because weed and CBD flowers contain the same terpenes, flavonoids, waxes, fatty acids, and omegas found in the cannabis plant. The presence of these substances gives both these products a common composition for the most part.

Though weed and CBD flowers are dried and cured from the same plant, there are several crucial differences between the two. For one, a CBD flower has a THC content of 0.3% or lower, which makes it legal for federal use across the US.

On the other hand, weed or marihuana contains high levels of THC, well above the legal limit mentioned earlier. This factor makes it a Schedule I Controlled Substance under the CSA Act of 1970, as THC has high abuse and no proven medical potential.

Do CBD Flowers And Weed Have the Same Smell?

Since CBD flowers and weed are products of the Cannabis sativa plant, they possess a similar smell. Both substances produce a signature dank or gassy smell commonly associated with cannabis when heated.

Numerous terpenes cause this odor in the CBD flowers and the weed. Among these, the following three terpene types are responsible for the familiar smell in these cannabis products.

Do CBD Flowers And Weed Have the Same Visual Aspect? 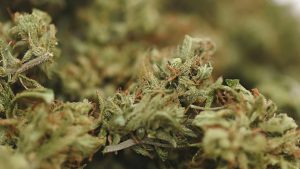 Both CBD flowers and weed are made by shredding, drying, and curing parts of the cannabis plants. Cannabis sativa is the most commonly used among all variants, but Cannabis indica and hybrid varieties are also not uncommon.

At 12 feet, Cannabis sativa is taller than indica variants and has longer, thinner leaves. The latter is shorter in physiology and has broad, dark green leaves. Cannabis indica also grows faster in comparison to Sativa plants. A hybrid plant possesses features that are a combination of its parent breeds.

Weed and CBD flowers can get made from any of these varieties because the only difference between them is in the cannabinoid composition and the effect produced.

Do CBD Flowers And Weed Have the Same Cannabinoid Content?

The cannabinoid content is the crucial difference between CBD flowers and weed. These substances are made from the same plant and have similar properties like taste, appearance, and smell. They are even similar in their chemical composition but for one aspect- the priority cannabinoid.

Many of the characteristic effects of CBD result from the presence of cannabinoids. These compounds found in cannabis plants are responsible for helping lower inflammation and boosting the body's serotonin production. Since they affect the CB1 and CB2 receptors, cannabinoids play an important role in CBD's ability to interact with the endocannabinoid system.

Out of the 133 cannabinoids isolated from cannabis, the dominant cannabinoid in CBD flowers is cannabidiol, also called CBD. This compound is non-psychoactive and does not impair the user's system upon use.

On the other hand, among others like CBG, THCA, and CBN, the primary cannabinoid in weed is tetrahydrocannabinol, commonly known as THC. This phytocannabinoid is responsible for producing the euphoric high associated with weed use. Here you can read about THC content in CBD flowers.

Do CBD Flowers And Weed Have the Same Effects?

CBD flowers may typically produce feelings of relaxation and pain relief, especially when taken in the right doses. Since its primary cannabinoid is CBD, there is no risk of psychoactive effects when using CBD flowers.

Weed may also produce similar produce benefits, but its effects are likely to be highly enhanced. The THC in weed has hallucinogenic properties, which can use numerous psychoactive effects on users. In addition, due to its enhanced strength, weed has a higher potential of aggravating psychosis, anxiety, and fear in patients.

How to Make Out the Difference Between CBD Flower and Weed?

Decoding the differences based on the physical features is difficult when distinguishing between CBD flowers and weed. For this reason, you will need to pay attention to things like;

Third-party lab testing is crucial to know the difference between CBD flowers and weed. Reliable brands provide a detailed Certificate of Analysis for every batch of their products. The producers send the cannabis samples to third-party labs to check for the following content in their crops.

The second test on the THC content reveals the difference between CBD flower and weed. The latter is likely to have a high THC content of up to 30%, and the former less than 0.3%. Moreover, these facilities have no connection with these brands and thus produce objective results. Find out here what are the best CBD flower companies.

2. Look at The Packaging Online

The packaging of CBD flowers can help you distinguish them from weed. The FDA has some strict regulations for companies selling CBD products. According to their riles, the packaging must always include

Studying these lists on the packaging will help you distinguish between a CBD flower and weed.

Customer reviews are a reliable way to tell the difference between CBD flowers and weed. These testimonials the real-world applications and effects of the product, helping you make a more informed choice. Since weed is considerably stronger than a CBD flower, it's likely to produce enhanced user effects. Reading reviews for the products will thus help you figure out whether you are buying a CBD flower or weed based on the product strength.

Be Cautious: The Laws Regulation Are Different Between CBD Flowers And Cannabis 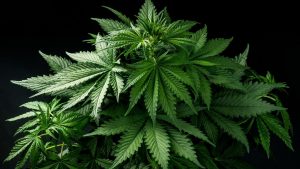 The THC content is the major factor contributing to the differences in the legislation surrounding CBD flowers and cannabis. This substance is the major hallucinogenic in marijuana and is federally restricted by the US Food and Drug Administration. Its possession and use are prohibited under the Controlled Substances Act of 1970 as cannabis/weed is known to be addictive.

On the other hand, the major component of CBD flowers is cannabinoid cannabidiol. Unlike THC, it does not possess any psychoactive properties. Rather, studies show that CBD may even help reduce the hallucinogenic effects of THC. This compound is also not addictive as you cannot build a tolerance for it.

According to the FDA, CBD flowers containing less than 0.3% THC are federally legal in the US. Under the Farm Bill of 2018, cannabis containing this low-level THC falls under the category of industrial hemp, making it safe for use.

However, the recreational use of THC-containing weed is legal in many US states, including Colorado, Oregon, and California. For this reason, you should make it a point to be aware of the local laws of your state before using CBD flowers or cannabis.

It would help if you were cautious with CBD use after knowing the legal and chemical differences between CBD flowers and weed. While weed provides a stronger experience compared to CBD flowers, there is also more risk of symptom aggravation. In addition, since no product with more than 0.3% THC is federally legal, you should be extra attentive when choosing your cured cannabis.

I am the author of many Internet articles and am very passionate about natural remedies. Thanks to my research and studies, I aim to provide the readers with clear and educational information about CBD consumption.

How Long After Taking CBD Oil Can I Drink Water?

CBD Tincture or CBD Oil: What Are the Differences?

Which CBD Oil is Best for High Blood Pressure?

Buying CBD Oils with Next Day Delivery in the UK